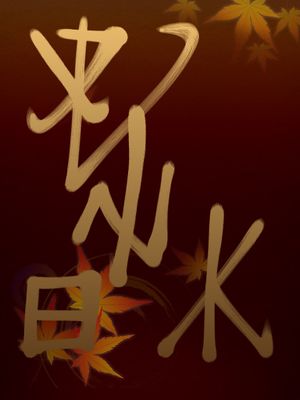 The Xažik Gohuīlim are a collective of Angelic beings who chose to serve mankind over the claimed unjust wishes of the Prime Emanation of the Godhead, and are, accordingly, now for all intents and purposes, Earth-bound Celestials. This group includes the angels who fell during the Major, Minor, and Prime Emergences, as well as a more specific collection of more accurately named Fallen Angels, or Grigori, who, when chosing to serve humankind, went one step further and claimed human wives, siring horrendous offspring and causing the universal and world-renown primal deluge that purged the earth of mankind, save a select few who God had forewarned through his still faithful angelic messengers.

Because the Xažik Gohuīlim, or “those who speak Xažik,” lived long ages with humans, their language changed and adapted to service this purpose. Of all the celestial-borne tongues, Xažik is by far the most well known by humans (man can barely utter words in the Tongue of Annunciation, and cannot even fathom the workings of the progenitor tongue, ʾÅa̩en), and the one that has undergone the most radical departures from its divine origins. 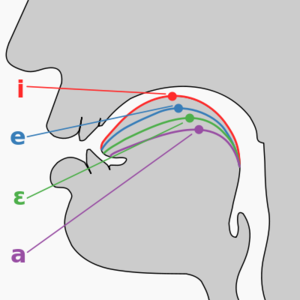 There is one centrally articulated vowel: [ə] as э.

Known diphthongs include [ei], [oi], [ai], [ie] written ei, oi, ai, ie and [eu], [ou], [au] written eu, ou, au. Both vowel sounds are heard, one following the other in the same syllable and lasting for the same amount of time. The presence of long diphthongs are only found as regional dialects and are not considered here.

Xažik follows what is referred to as articular apophony (common term in romance languages, but in PIE we usually call it ablaut) whereby a thematic stem vowel will either go long on suffixation or will ablaut to a vowel in the opposite point of articulation. that is, if we have a thematic stem vowel that is fronted, say, [e] part of its inflectional class motif allows it to either go long [eː] or change to a vowel that is articulated in the back, such as a [u], [o], or [ɑ], for instance. Which vowel is changed to during the articular aphophony can often be deduced by the consonants in the core syllabic cluster of the stem

In general, PIE nouns and verbs are inflected by adding an ending to a stem. This stem conveys the basic meaning of the word and is composed of a bound root plus suffix(es). Thus, nouns and verbs contain a root followed by suffix(es) followed by an ending, as abbreviated in the Table <TODO>. Though an exact meaning is not always easy to determine, each root and suffix reconstructed for PIE has a semantics, such that suffixes systematically derive a different meaning from the root, and roots can surface in different derived forms.

While technically speaking both suffix and ending are suffixes, the standard terminology of suffix and ending will be helpful to avoid confusion: a suffix is a derivational morpheme, an ending is an inflectional morpheme. This distinction will be important when it is time to advance to an analysis, because it will be shown that the inflectional affixes are subcategorized as either dominant or recessive, while there is no such distinction made for derivational affixes.

A semantic role is the underlying relationship that a participant has with the main verb in a clause. Also known as semantic case, thematic role, and deep role.

Xažik supports several cases for fine-grained declension of nouns to indicate exactly what role they play in the sentence. The declensions can be categorized in various stem families, with the name indicating the initial stem phoneme. The stem family used is determined by the articular thematic vowel found in the root word.

In the syllabic form CVC, V defaults to the thematic vowel. With two vowels, it can vary, but most always it's the vowel closest to the inflectional affixation slot, meaning, the end, as in CvCV(C).

Several cases have made their exit from the language post haste, assumably because the humans that the Celestials made the language for didn't have the capacity to use the language due to the nature of its temporal complexities. So, all of the grammatical cases with regard to temporal locatives are right out. The functions that these inflections used to support are now handled by verb conjugation of mood/aspect/etc.